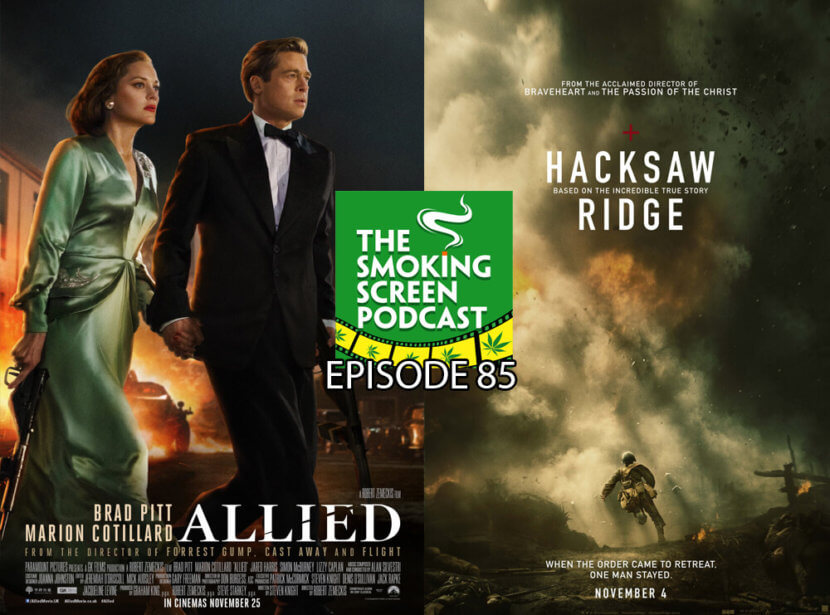 SPOILER-FREE! In episode 85 we review a pair of films set during the Second World War. Allied certainly has the talent to be a great film. Helmed by Robert Zemeckis (Back to the Future, Forest Gump), and starring a-listers Brad Pitt and Marion Cotillard, expectations for this romantic thriller were very high. Did the film deliver on its potential? Hacksaw Ridge marks Mel Gibson’s return to the Director’s chair for the first time in close to a decade. Is it time to forgive him? Does this film make it easier to do so? Does Andrew Garfield prove himself a serious force to be reckoned with come Oscar time? We answer all of these questions and more in episode 85 of The Smoking Screen Podcast. Come and join the circle!