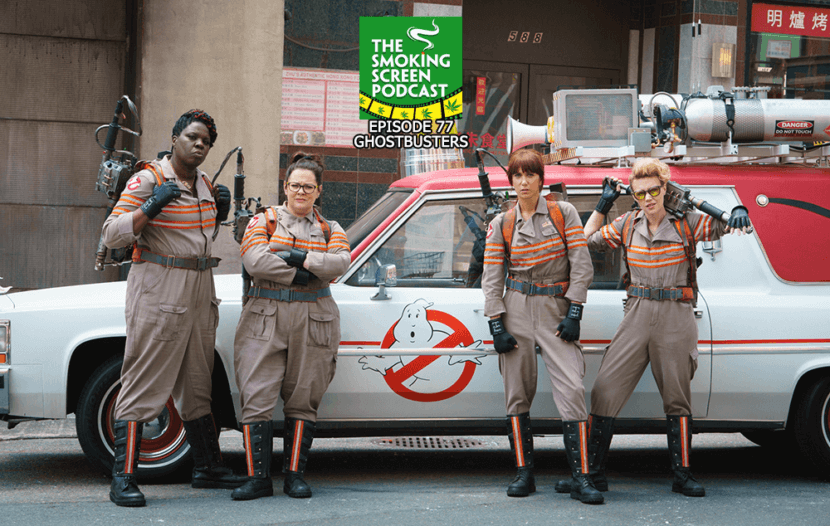 We strap on our proton packs and review one of the most controversial films of the summer: Paul Feig’s all-female reboot of Ghostbusters. Even with an all-star cast of Kristen Wiig, Melissa McCarthy, Leslie Jones and Kate McKinnon, there were many trashing the film before it had been released. What did we think? Was the criticism (aka thinly veiled sexism) warranted? Are we witnessing a rebirth of the Ghostbusters franchise, or a delayed and unnecessary ghostly whisper from the 1980s? We answer of of theses questions and chat about the gong show that was the Republican Convention, in episode 77 of The Smoking Screen Podcast. Come and join the circle!