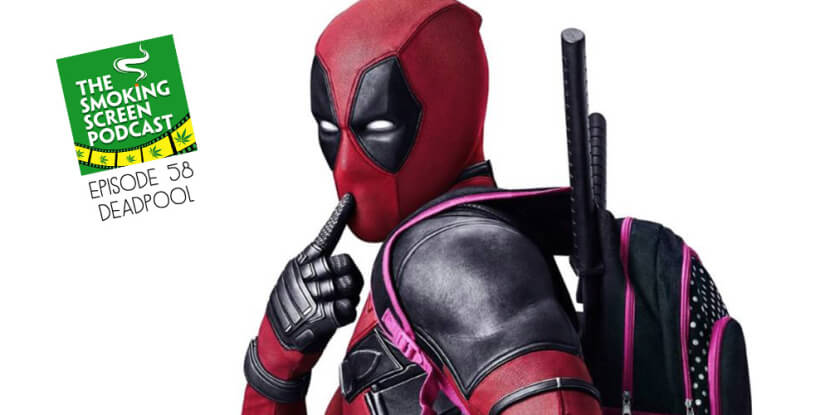 SPOILER-FREE! Who doesn’t love a smart ass in a shiny red suit? Fresh off its record-breaking weekend, we take good hard look at Ryan Reynolds in Deadpool. Was it the R-rated comic adventure that superhero fans had been eagerly waiting for? Will it pave the way for more R-rated blockbusters in the future? Does it redeem Ryan Reynolds after the notoriously awful, The Green Hornet? Is a sequel inevitable? We discuss all this and more in episode 58 of The Smoking Screen. Come join the circle!

Have YOU entered our FREE Oscar Pool?  Awesome prizes up for grabs from our friends at BC Smoke Shop and Retro Active: The Alternative Smoke Shop!