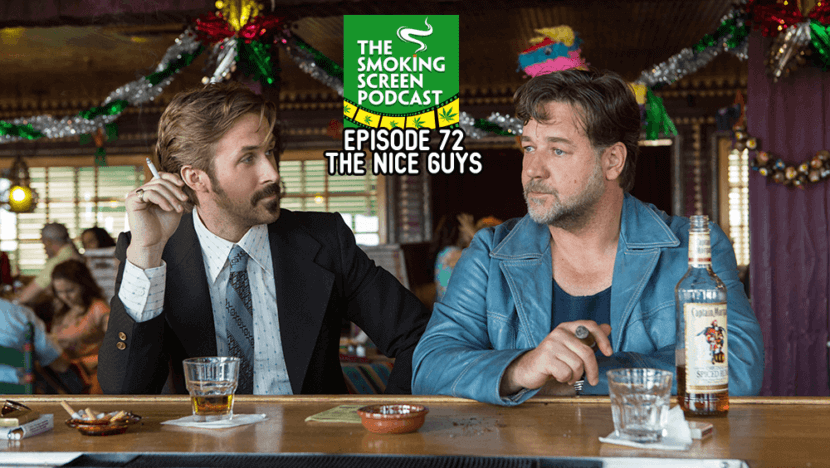 Ryan Gosling and Russell Crowe team up in Shane Black’s new 70s buddy comedy, The Nice Guys. Was this an inspired comedic pairing, like Clint Eastwood and the monkey in Any Which Way But Loose? Or, was it more like J-Lo and Batman in Gigli? (Clearly not, but I really want to make that Affleck/Batman joke). Was the film able to bring something new and fresh to genre? Did Iron Man make an appearance? (More jokes! Black also directed Iron Man 3.) We answer all of these questions and more in episode 72 of The Smoking Screen Podcast. Come and join the circle! (No joke.) 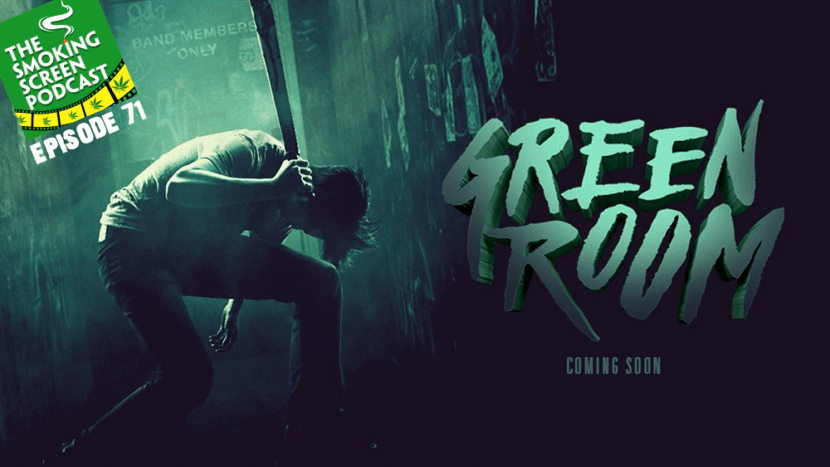 With our boycott of George Clooney’s Money Monster, we looked for something a little less anger inducing to review this week and settled upon Jeremy Saulnier’s Green Room. What’s so bad about being trapped in an isolated location while being hunted down by a murderous gang of skinheads? Still better than Clooney. Patrick Stewart plays the gang’s leader in the film, but does he achieve a sense of menace or just a ill-tempered version of Captain Jean-Luc Picard? Speaking of Star Trek, the movie also stars Anton Yelchin, who plays Chekov, in the Trek reboot. But, the big question, with any horror film is: how scary was it? We answer all of these question and more in episode 71 of The Smoking Screen Podcast. Come and join the circle! 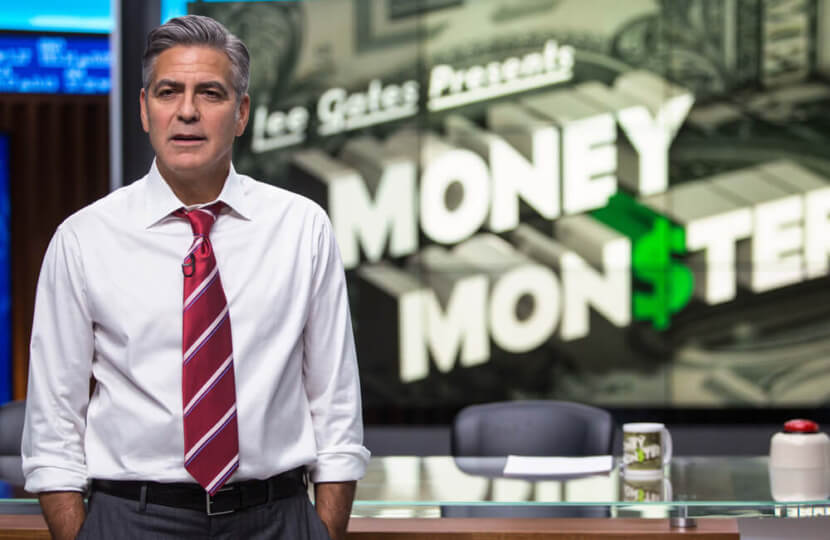 Review or Boycott?
The Tricky Politics of Money Monster

When choosing which films to review on our show, it is usually a very simple process. We pick movies that people want to see, have already seen or are in some way uniquely positioned for our audience. Politics have never play a role in our decision – until now.

This should have been a very easy decision. Money Monster opened to over 3,000 screens, Hollywood A-lister George Clooney stars beside Julia Roberts and financial sector corruption/conspiracy is a very hot topic these days. It is also directed by multi-talented Jodie Foster. We already reviewed the main box-office competition, Captain America: Civil War and The Jungle Book.

Between the first trailer in January (when we were very excited about the film), and its release this weekend, a funny thing happened: Hillary Clinton.

Anyone who listens to our show knows how much love, admiration and respect we have for Sen. Bernie Sanders. His views on a moral economy, healthcare for all, equality and education are clearly the way to a better future for all Americans. The average campaign contribution of $27 demonstrates that everyday people are behind his cause. On his behalf, we have phonebanked, facebanked, designed shareable social media images and brainstormed anything else we could think of to help the cause.  We are proudly “Burners for Bernie” and air a short update segment on the primary race each week on the show.

Observing the nomination process closely for several months now, it is no secret that Sanders is fighting an entrenched and inflexible Democratic establishment along with their big money donors every step of the way. The corporate media has actively worked against the campaign by providing minimal coverage, routinely suggesting that he should drop out of the race and touting Clinton’s inevitability. The tornado of voter suppression, election fraud and unbudging superdelegates are making this electoral process feel less like the will of the people (democracy), rather the will of those in power.

Of concern is the striking confluence of the film's narrative with George Clooney's recent and highly-publicized fundraising efforts on behalf of Hillary Clinton.

Turns out George was wrong.

Getting back to Money Monster, it is difficult to know if Clooney believed what he was saying or was misled along with so many others by the dark side of Clinton’s campaign. He is certainly free to support and believe whomever he wants. However, the irony is a bit too rich for our blood.

Clooney has played a central role in giving Clinton access to those with significant wealth and power. These events concern us as much as all the other special interests giving millions upon millions of dollars to her campaign. This includes Wall Street, fossil fuels, big pharma and private prisons. Are we really to believe they expect nothing in return?

For this reason, dear listeners, we will not review Money Monster on The Smoking Screen Podcast. While George Clooney was not the only person working on the film, he is the star, face and spokesperson. Instead, we have chosen to donate the cost of our tickets to the Sanders campaign. 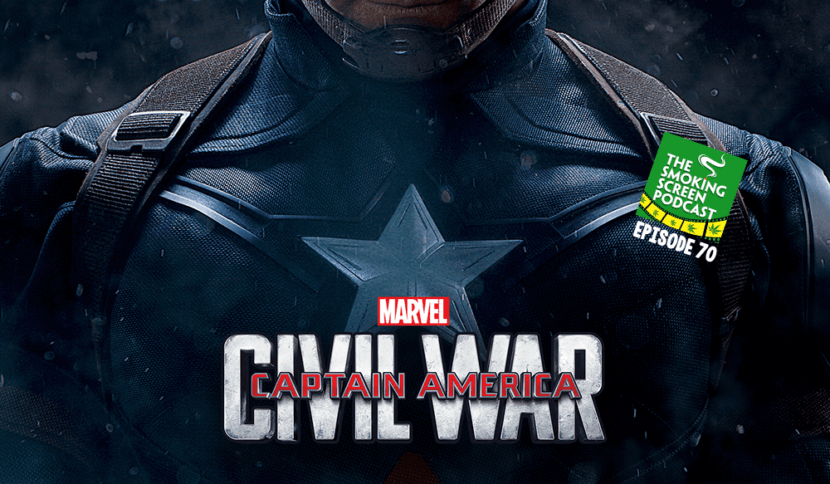 We are in the midst of an avalanche of cinematic comic book adaptations.  Kicking off this summer blockbuster season and hot on the heels of the much maligned Batman v. Superman, is Captain America: Civil War. In such a crowded genre, were Robert Downey Jr, Chris Evans, Scarlett Johansson and company, able to keep us guessing with a new approach to the heroes of the Marvel Cinematic Universe? Is it better than B v S? And what about Paul Rudd? Did he get enough screen time? Spider-Man, Black Panther and Vision? We answer all of these questions and more in episode 70 of The Smoking Screen Podcast. Come join the circle! 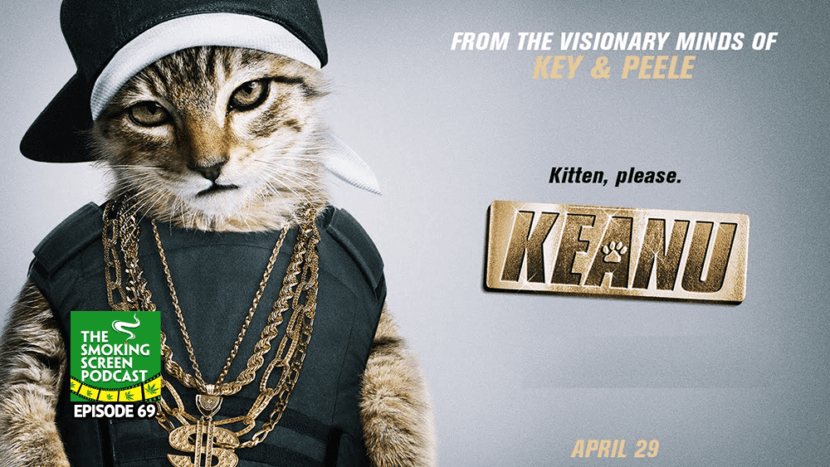 We love cats. (The Kracken sends his regards. May 5th is his 21st Birthday!!!) Combine a pretty kitty with two gifted sketch comedians and it sounds like pure movie gold. Did Keegan-Michael Key and Jordan Peele deliver on their first foray into feature film making? Or more precisely, was this good Keanu or bad Keanu. There is no in between. Expectations were high, but we were higher. Join us for episode 69 of The Smoking Screen Podcast. Come join the circle!